Aspire Hotspur Hotrods (Aspire 2) was formed in the 2006 when Aspire PFC (Aspire Powerchair Football Club) - History had too many players to enter the newly created WFA (Wheelchair Football Association) National League, so Aspire Powerchair Sports Club entered a second team.  This League was split up into 2 pools where the top two teams would progress to the semi-final and then the final.  Aspire Hotspur Hotrods finished in 3rd place in the 2006/07 season, behind Northern Thunder.

The 2008/09 season saw Aspire 2 retain their Sirus Championship title with great success.  This time the WFA invited them into the Premiership.

After Aspire 2 gained promotion the previous season they had a successful 2009/10 season where they finished 4th in the Sirus Premier League.  The introduction of the WFA Cup saw Aspire 2 progress to the quarter-finals where they knocked out Evergreen’s 1st - History team along the way, but eventually lost out to Celtic Storm 1-0.

In the 2010/11 season, Aspire 2 were still strong finishing the Sirus Premiership in 5th place.  Aspire 2 again managed to progress to the quarter-finals of the WFA National Cup, this time knocking out Evergreen 2 on the way and they were beaten by Villa Rockets 2-0.

The 2011/12 season saw the competition getting stronger with a merge from three Leagues down to just two a Premiership and a Championship.  Aspire 2 struggled in the Premiership season finishing in 10th just ahead of Evergreen’s 1st team and in the Play-off.  The Play-off match was against Swindon Rockets, the game was very close, Aspire 2 were triumph beating Swindon 1-0 and securing another season in the Premiership.  In the WFA Cup Aspire 2 failed to make it past the 2nd round, getting knocked out by fellow team rivals Aspire PFC 1-0.

Before the start of the 2012/13 season Aspire Powerchair Sports Club formed a new sporting partnership with The Muscle Help Foundation and Aspire 2 changed their name to Muscle Warriors PFC (Muscle Warriors Powerchair Football Club).  This season was tough due to all the teams improving, Muscle Warriors PFC struggled in the Premiership finishing 11th and this meant they were relegated to the Championship.  Muscle Warriors PFC made it through to the quarter-finals of the WFA Cup and once again they were knocked out by fellow team rivals Aspire PFC 3-1.

In the 2013/14 season Muscle Warriors PFC were more competitive and they managed to finish 6th in the Championship.  The WFA Cup was a different story, Muscle Warriors PFC were drawn against West Bromwich Albion in the 1st round and they were knocked out 3-0.  The introduction of a South East Regional League (over seen by the WFA) in the 2013/14 meant teams who weren’t in the National competition, new teams just starting up or teams who wanted more practise could join a local competition.  The first one was made up of two divisions, a Premiership and a Championship.  All National League teams were placed into the Premiership and all the teams not in the National League were put in to the Championship.  In this season the team who finished bottom of the Premiership would stay in this division and the team won the Championship League would be promoted.  Muscle Warriors PFC really struggled and didn’t do very well in their first South East Regional competition finishing 6th (last in the table).

Over the last few seasons the rest of the world had been using and acclimatising themselves with a new style powerchair designed specifically for powerchair football.  These new powerchairs are faster, smaller, lighter, have a faster turning circle and are dramatically more agile, than the powerchairs being used at the time, making the game much faster and more exciting to play.  Within the previous two seasons the WFA had been writing a chair specification for all the different powerchairs, to allow the use of this new powerchair and other manufacturers powerchairs in to the English National Leagues.  It wasn’t until the 2016/17 season that this new powerchair was officially allowed to be used.  Across the two Leagues some teams had all their players in the new powerchairs, some had one or two and others didn’t have any.  The 2016/17 MDUK Championship was a tough season for Muscle Warriors PFC who were struggling with player numbers and they didn’t get their new powerchairs until the second half of the season due to funding.  By the time Muscle Warriors PFC new powerchairs arrived they didn’t have time to get familiar with them before the season closed, they finished 8th in the MDUK Championship.  Muscle Warriors PFC did fairly well in the WFA Cup, they made it to the quarter-finals and were knocked out by Villa Rockets 6-0.  The 2016/17 South East Regional League saw a hard season for Muscle Warriors PFC struggling with player numbers and not getting their new powerchairs all contributing to finishing 6th in the Premiership.

The 2017/18 season saw Muscle Warriors PFC do much better than the previous season.  With the introduction of some new players and the current players getting acclimatised to their new powerchairs.  Muscle Warriors PFC just got stronger and stronger with every game.  They finished in 4th place in the 2017/18 MDUK Championship, 4 points behind the team in the Play-off position.  Muscle Warriors PFC played fellow team rivals Aspire PFC in 2nd round of the WFA Cup, the first half was very close between the two and both teams scored, this half ended 2-2.  In the second half Aspire PFC just turned up the pressure and the pace.  Muscle Warriors PFC couldn’t cope with this pace, started making mistakes and they were again knocked out by Aspire PFC 7-2.  In the 2017/18 South East Regional competition the structure changed again with lots more teams wanting to join the League which needed to expand.  It changed from just being a Premiership and a Championship, up to Division 1, 2 and 3.  Division 3 was created for new or development teams to play competitively.  Muscle Warriors PFC had another tricky South East Regional season, struggling with player numbers again and they finished bottom of Division 1 in 5th. 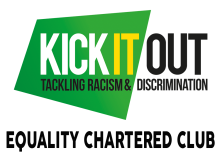 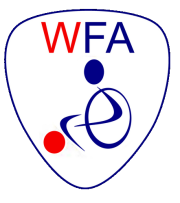